ホーム ニュース Caiarossa Bianco 20221 and how to maintain oak barrels. 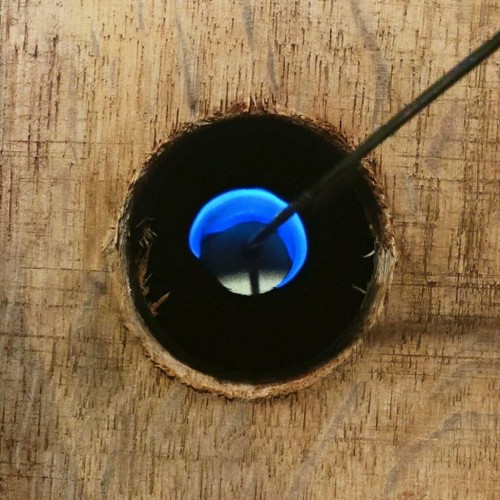 Caiarossa Bianco 20221 and how to maintain oak barrels.

A few days ago, we blended Caiarossa Bianco 2021, combining its two varieties, Chardonnay and Viognier.

– The Chardonnay was vinified directly in barriques, in which it also continued its ageing.

– The Viognier, on the other hand, was vinified partly in cement vats and partly in an amphora. Also, in this case, the ageing continued in the container where the fermentation took place.

When the ageing period of about 8 months was completed, the two varieties were finally assembled in a concrete tank before bottling Caiarossa Bianco about a month later.

And what happens to the various containers?

Let’s talk about how to maintain the used barrels today.

After the racking, whether the barriques were used for red or white wine, we carefully clean them with hot water (about 70°) and steam them to remove wine residues such as lees and tartrates ( we will come back to this 😊). Once we have completed this operation, the barrels are turned upside down and left to dry naturally. After about two days, we burn small sulfur discs inside the barrels and immediately close them. This will establish an oxygen-free environment avoiding the proliferation of unwanted microorganisms!

Before being reused, the barrels will then be rewashed with hot water and steam to be ready for a new wine to be aged! We reuse the barrels a maximum of 4 times. That’s what it means when we talk about the 1st, 2nd etc., use!

if we are not going to reuse the barrels for extended periods, we will do this operation again after about two months 😉 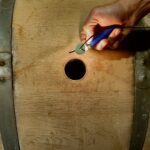 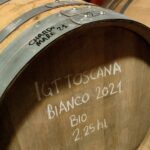 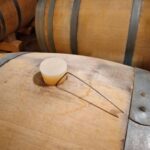