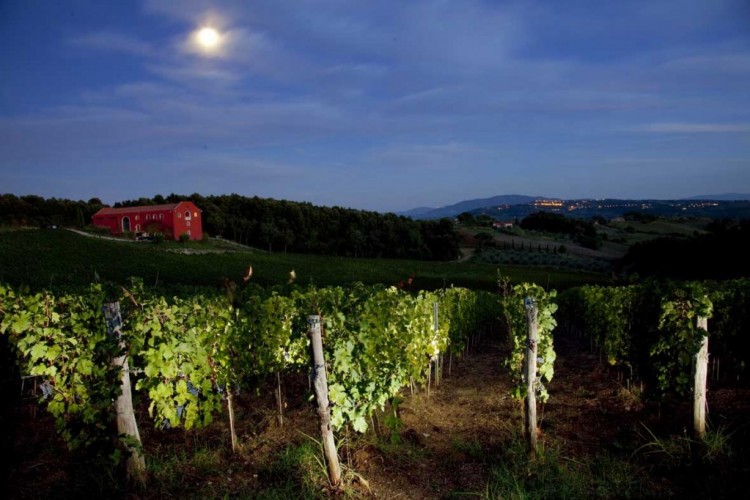 The 2012 vintage was characterized by a historic drought: after a winter with little precipitation that lasted only until March, we saw an early budding and very few rainfalls during the months of April and May. These two fresh months made ​​a strong development of the vines possible, without excess. Flowering happened between the middle and the end of May with good weather conditions, resulting in a very good fruit set. From the 22nd May until the end of August, the season was extremely dry.

The proximity of thesea andthe altitude of our terroir have been decisive to keep the temperature at a reasonable level duringthese summer months. On the other hand, thelack of waterin the soilhas created asignificantwater stress, which partially blockedthe veraisonand later the maturationduring the first weeksof August.

These exceptional weather conditions resulted in red wines with alcohol content lower than usual (on average -0.5% Alc. / Vol.), with ripe tannins but quite austere, a beautiful acidity to balance it all and very fresh perfumes. So, paradoxically, the characteristics of the wines would be more typical of a fresh year instead of a droughty and hot year as it was in 2012.